Location. Located in the Eastern part of Pampanga approximately 85 km north of Manila and 18 km East from the Provincial Capitol of the Province of Pampanga. Lies on coordinator 15°05’ latitude and 120°49’ longitude. It is bounded on the north by Arayat, Pampanga and Cabiao, N.E., on the east by San Miguel and San Ildefonso, Bulacan; on the south by Baliuag, Bulacan; and on the west by San Luis and Sta. Ana, Pampanga. It has 33 barangays of 3 regions, namely:

Land Area. The total land area of Candaba is 20,370.29 hectares, broken down into the following land uses:

LAND USE Area (has.) 1. RESIDENTIAL 1,358.11 2. SOCIALIZED HOUSING 4.05 3. MATERIAL RECOVERY FACILITY 4.12 4. COMMERCIAL 113.59 5. INSTITUTIONAL 46.24 6. INDUSTRIAL 1 250.15 7. INDUSTRIAL 2 28.15 8. AGRI-INDUSTRIAL 25.0 9. PARKS/OPEN SPACE 30.10 10. ECO-TOURISM 57.0 11. AQUACULTURE 6,439.01 12. BUFFER 110.0 13. AGRICULTURAL 11,904.77 Total 20,370.29 URBAN LAND USE • The total area of the Municipality’s Urban Barangays is 4,252.12 hectares. This consists of Barangays Buas, Pescadores, San Agustin, Paralaya, Paligui, Bahay Pare and Pulong Palazan. GENERAL CHARACTERISTIC • Complex of freshwater ponds, swamps, and marshes with surrounding areas of seasonally flooded grassland and arable land on a vast alluvial plain. CLIMATE • The climate of Candaba is practically similar with that of the rest of Pampanga. It is characterized by two (2) distinct seasons: the wet and the dry seasons. The wet season starts from late May and end around October, the dry season from November to April. • The average yearly rainfall is 90 millimetres and the monthly average is 139.3 millimetres. During wet season that is from July to August, the temperature is between 25.8 degrees centigrade and 26.0 degrees centigrade. January and February are the coldest months. TOPOGRAPHY AND SOILS • The terrain of the municipality is generally flat with 0-10 % slope except at the swamp which is concave. On rainy seasons this area is always under water. The swamp represents the lowest area in Central Luzon. This unique terrain causes flood water to separating some barangays from the town proper. • Because of the swampy topography of the town, constituents far north and south have to travel via Bulacan or Nueva Ecija during rainy seasons to reach the town proper which is thrice the distance travelled during dry season. 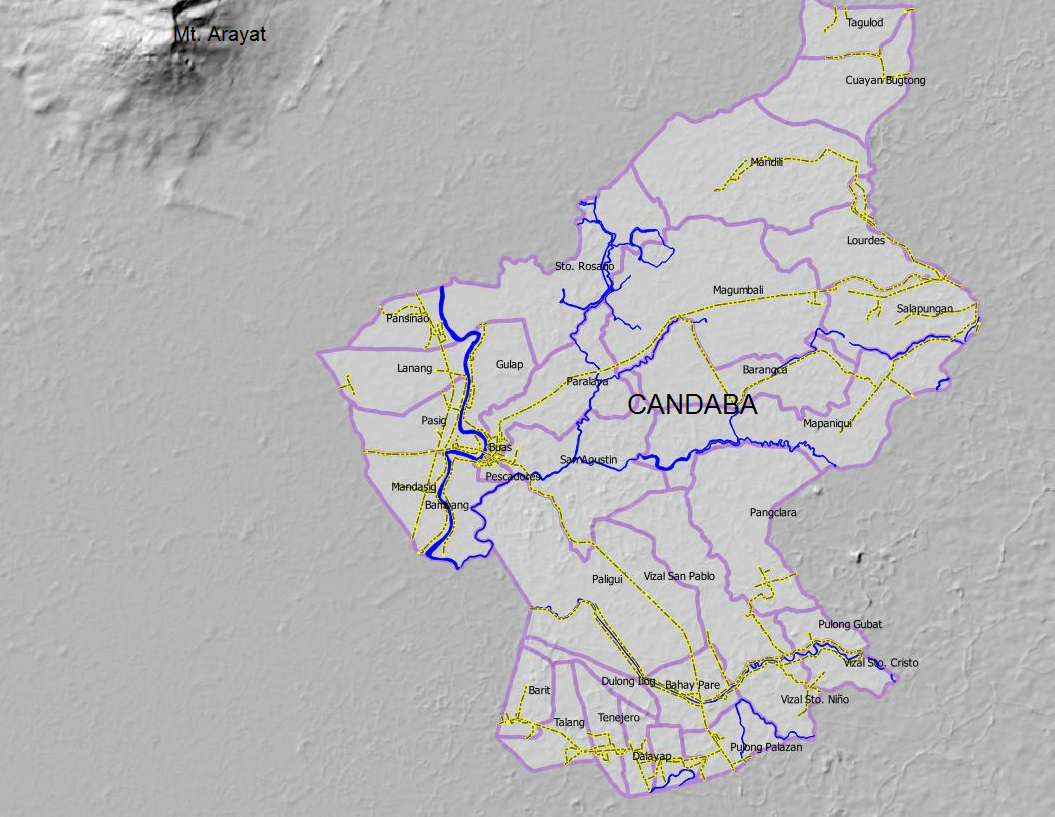 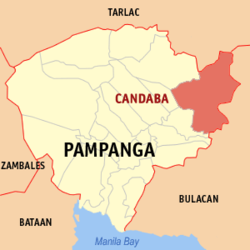 Actually, Candaba Swamp was a lake-part of a chain of lakes that included Lake Canarem in Tarlac and Magabol Swamp in Pangasinan, both of which have also dried ....

Municipality of Candaba is a 1st class Municipality in the Province of Pampanga, Philippines.

© 2021 Municipality of Candaba, Province of Pampanga. All rights reserved.
Official Website of Candaba